Search
Home
BLOG
Are whisky enthousiasts whinners ?
Whisky aficionados have a hate/love relationship with change. They have habits, and they don’t want their beloved products to change. However, change, or evolution as I prefer to call it, is intrinsic to the whisky industry. Just think about the taste whisky has nowadays : do you think it’s the same one as in the 1800’s ? We certainly are not drinking the same product as our ancestors were. Every time something new is coming on the market, people are bashing the companies. It doesn’t matter if they haven’t taste the product : the marketing is bad, the taste is different, they added caramel, it doesn’t hold an age statement… You hate NAS, but you love Ardbeg

But when you think about it, evolution has also give us some pretty nice things ! The resurrection of Single Malts. Cask Strength (or high ABV) whiskies. Single Barrel Bourbon. And A LOT of variety.
Few distilleries incarnate more this love/hate than Macallan ! It was a religion for you. Then they introduce the 1824 range and you despised it. Then they re-introduce the age statements with the 12yo Sherry oak and you loved it again. Then there was the 12 years old Double Cask and back at hate.
But is all the hate really that the products are bad ? Or you just want to whine because you can ?
Let’s take a look at two expressions from Macallan that are to be in their core range for the next few years. One is quite revered as a wonderful product for it’s age and price : it’s the 12 years old Sherry. The other is more ambivalent with a lot of detractors : it’s the 12 years old Double Cask. People have complained that the DC is a watered down version of the Sherry, and it is SO not as good. People have also said that it is supposed to replace the Sherry, which is NOT TRUE !
So here are my tasting notes :
12yo Sherry 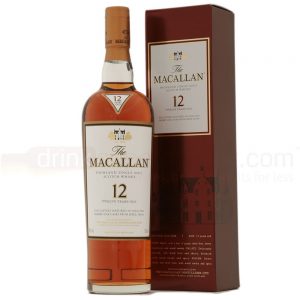 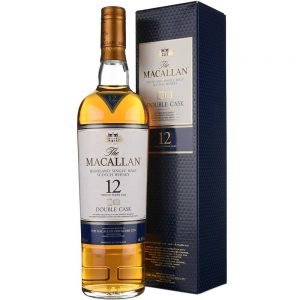 And now the comparaison :
– Sherry has stronger flavoures than the DC
– Better nose for the Sherry
– Palate is quite different
– Final is also very different
– Overall experience +++ Sherry
– DC is better balanced
– DC should be better for non Sherry bomb lovers
– DC is a better suited for a daily drink
– Both paired well with food (cheese in both cases)
– Both could use a few % more
So, is all the whinning about the DC justified ? In my not so humble opinion (I have been refered to as a pretentious bastard before), all the freakin whinning is not justify !!!
Is the Sherry better ? I think so, but I love Sherry bombs. That doesn’t make the Double Cask a lesser product, nor a watered down Sherry. Whisky is made to be enjoyed first, then assessed, then rated, and then criticized. It’s not because you don’t like it that it’s not good.
There are two choices about the evolution whisky is undergoing : you can either whinne and it won’t change anything, or you can embrace it and enjoy the most pf your journey !
I will raise a glass in your honour fellow aficionados 🥃